The Valencia CA real estate market has been hit with a lack of homes for sale, even worse than in 2019!

If you have been a follower of my, The Santa Clarita real estate expert blog, Connor MacIvor, you know that I love the data. I love researching and data mining the local housing and real estate market numbers.

It's in the data where we find what is most likely going to happen in the future. Of course, you probably don't have a crystal ball, as I don't, but we can formulate opinions based on the past market trends in Santa Clarita real estate.

When a home hits the market for sale, it does not take very long to sell. In fact, when the Valencia CA residence is within the sweet spot listed at a price between $450,000 to $675,000, most homes that we list for sale have the multiple offer scenario play out.

To the chagrin of our home sellers, multiple offers are where the rubber meets the road as far as real estate. There is a chance that those "offers" will be responsible for the price of the home being driven. 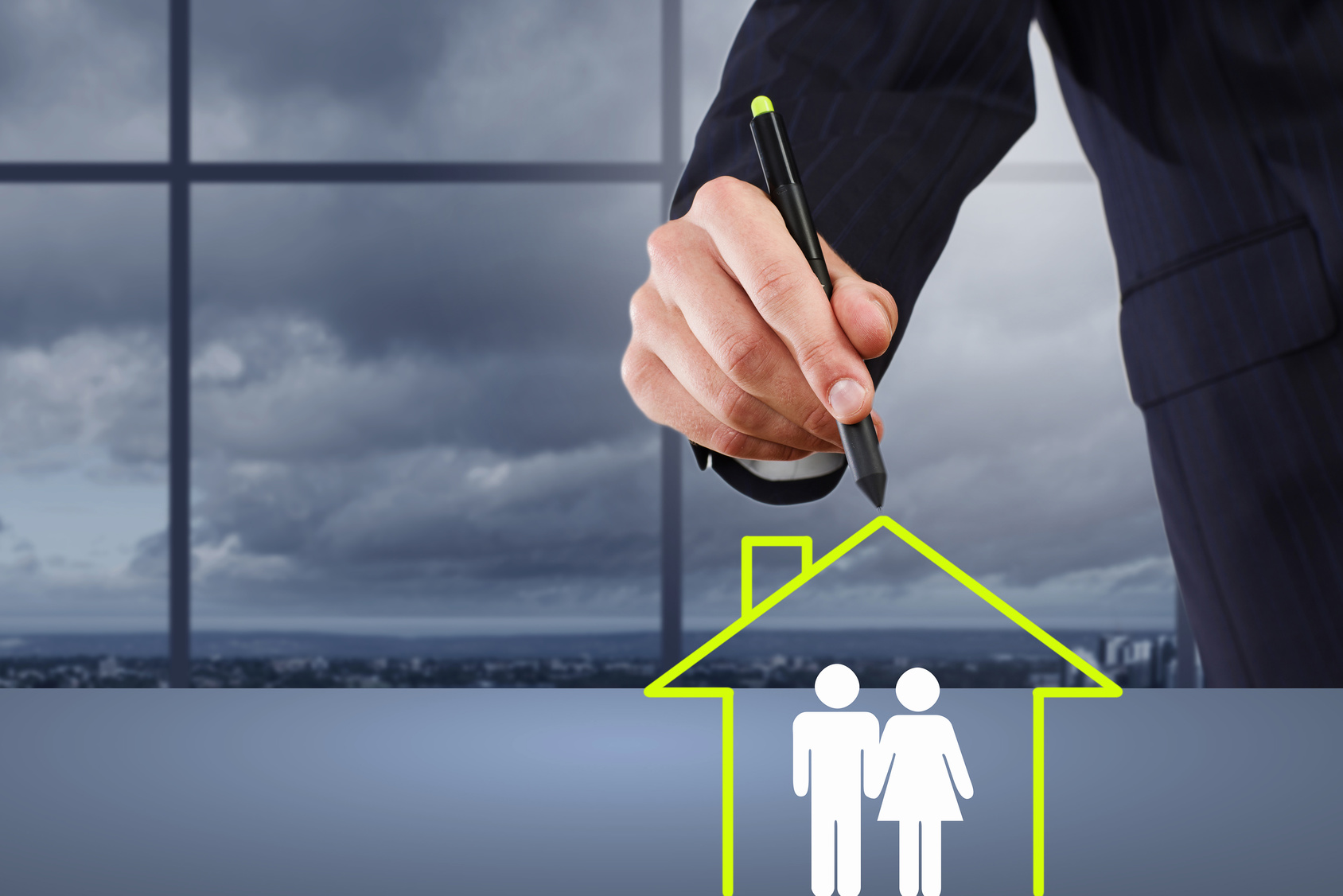 Good. Everybody. Thank you so much for tuning in. Valencia's real estate market update. We're coming to the middle of March 2020 so today's March 9th we've done our five specific community updates at our YouTube channel, youtube.com forward slash SCV moves. You could see Creekside Woodland, summit, Bridgeport, and also the Valencia area, including Valencia one which is one of the original construction constructed areas in Valencia, California. So you'll see that we are within the Santa Clarita Valley. We're going to cover the Valencia market update now as part of our podcast radio show and YouTube channel. It's like I have all the instruments and I'm just plan, right? All right, so let's look at this. So we're going to go to Santa Clarita home experts and we're going to find our website, which is gonna, of course, be the first. We'll go to the second just for fun. But anyway, the first one is going to be the blog.

We're going to go ahead and get the information for Valencia Sony just in large in this a little bit. Don't you wish it was that easy? Just hit a couple of keys on the keyboard, see what's going on. Okay, so we're going to come down here. We're going to look at Valencia and we're going to find out what's going on within that particular community. Now within Santa creative Valley, after you click on Valencia, but right now within Santa Clarita Valley, you'll be able to see the newest listed homes for sale here on this page. And then, in addition, is something that we put together here will be this YouTube video for this update. We'll do this in Valencia every month as well, along with those five different communities that I talked about that we specialize in that are most prominent as far as real estate endeavor and assisting buyers and sellers with their help, uh, with helping them.

Also, you have Valencia, California here, 90 days of sales history, which is going to give you an idea of what's has sold and in fact, how much that they have actually sold for the most recent closings are going to be these. You have river trail and template go Bellante and so on. So you'll see those by clicking on this particular tab here, showing you the newest. Now getting back to it within a Valencia, California, just like the rest of Santa Clarita, and again, Santa Clarita Valley, one of the cities they're in is Valencia as this Castaic, Kenya country, new haul saga, Stevenson ranch. So Valencia is a city within the Santa Clarita Valley and there are lots of different housing types there. You have condominiums, you have townhomes, single-family residence. It's very expensive estate homes over on the WestRidge, so you're going to see every possible housing type. Now it's going to run the same spectrum as the rest of the Santa Clarita Valley to a point except price points besides San Canyon over on the Canyon countryside.

Typically you're going to see more expensive homes in Valencia because we're including, like I said, Ridge. That was a community that we specialize in. Also to sort Avaya up at the Northern end of Valencia. Those areas have very, very expensive real estate listings, so you can see those, so our price point's going to be higher. Now the thing to understand about the real estate market and it's traditionally the case almost everywhere is going to be that price point versus days on market timeframes. So right now in Valencia, California, if you have a house that's in the neighborhood of 400 to about 550 $575,000 that's like that happy spot where a majority of the real estate buyers are, they're in, they're going to be writing offers on your house because of the lacking every toy, the very low inventory on the Valencia California market, they're going to be writing offers on your house typically in a multiple offer format.

So you're going to have multiple buyers come in and multiple buyers are going to be basically bidding on your home, having offers written on your home that your agent's going to take those offers, they're going to present those to you and they're going to say, well, this offers great. This offers not so great. And so on. One of the things they'll look for in that process that we explained to our sellers out there is the types of financing involved in also the verification paperwork that comes with those offers. When an offer comes into a seller that I represent in Valencia or wherever else in Southern California, we're going to sit down and we're going to talk about exactly what type of financing is being used and also the reputability, the lender reputation. Reputability. I don't even know if that's a real word, so what I want to do is research on the lender.

Now, if there is a lender that we work with and we know and they are, they come as referred to as being very reputable in the business. That's great because those lenders will have done all their due diligence with regard to the buyer. They're not just winging it if you will. They've actually done their due diligence where they've looked at the tax returns, financial statements, if they're self-employed, profit loss. If they're not, they're looking at W2's. They're looking at all of the information that's supplied by the buyer than any good lender would use to prequalify and pre-approve. If they're really on the stick, they're going to also get something called an underwriter, preapproval for the buyer. All of that documentation that comes in with each offer submitted is incredibly important and that's what we look at with our sellers. The other thing that you want to pay strict attention to is if those buyers, the ones writing the offers on the home that you have for sale or were listed for sale with you, we want to make sure that they're not contingent and if they are contingent on that buyer having to sell something, that's cool, but we also want to find out what that status happens to be.

If that buyer's coming into your residence writing an offer and they really want to buy the house yet they have a house that they have to sell in order to do, yet their house isn't even on the market. There's an issue, right, and the issue is we don't know what their house is going to be priced for. Of course, we'll ask those questions, but ultimately it's not on the multiple listing service for sale. We don't know what the market activity's going to be of that specific home because it's not on the market yet and we don't know if the price that that property is going to be set for that property as far as that advertise listing price if it's going to be way too much out of the realm of possibility where member, the sweet spot I was talking about where those buyers are searching, that's where majority are.

If they're outside of that as far as their list price goes and they're doing it because they believe their property is worth that much, but it really really isn't because they didn't look at the correct comps or maybe the agent's trying to dial them up. Getting, getting that list, try to get that listing stating, Oh sure, I can get this amount of money for you all day long. They're going to miss it. Miss, a majority of those buyers and that's going to create a hardship for that real estate seller out there because instead of their house going quickly or in average days on market timeframe, it's going to be sitting out there for sale a little bit longer. So that's something to watch out for if you're a real estate buyer and that takes you all the way back to when you first list your home.

Being realistic for that sales price is important. Not talking about giving your house away. I'm not talking about making your agent's job easy, I'm not talking about any of that. I'm just talking about you need to list your house for sale in the same area that those other homes have sold for in the past 90 to 180 days that are very much the same in their function in the year built in their square footage, bedroom and bathroom configurations as your home. Very, very important and I can explain more to that at our next meeting. So Valencia, California is under the same seeing the same issues that the rest of Santa Clarita Valley are very low inventory. There is a multitude of buyers out there. A lot of the buyers are attracted to that Valencia market because of the schools. A lot of them are blue ribbon in nature.

Also the proximity to Valencia with the infrastructure here in Santa Clarita Valley, the mall, the restaurants, the shopping, the presales. Valencia is also a master-planned community where most of it has underground power lines and nothing above the head, so you have that benefit at least from an aesthetic point of view. In addition to that, it's also five freeway friendly and can be accessed via the 14 if you need to be old road is also an access point into the Santa Clarita Valley, so you have not only the freeway access to Valencia, but you also have the old road which connects to San Fernando road down in the San Fernando Valley. Off of the two 10 also connects to North Balboa. That comes through the San Fernando Valley as well, so that's also another access point to Valencia, California. This has been your March estate update, 2020 I am Connor MacGyver, Santa Clarita, home experts.com. When you're ready, reach out to me. I'll be able to give you further information on the Valencia market and I'll be able to give you items that you can look at online and make sure that you're doing the right thing when it comes to either buying or wanting to sell a Valencia home. Thanks so much for watching Connor MacGyver. Check out the latest edition of our real estate radio show at our blog, and very simply, you can listen to all of our past episodes as well. I'm Connor MacGyver. Thank you so much for taking the time. Be safe over and out.