The Final Walk Through explained by the Santa Clarita home experts

Verification of Property Condition the VP per the California Association of Realtors.

This is typically completed closer to the end of the escrow cycle. After all the negotiation, the inspections, the requests for repairs and the removal of contingencies.

The purpose of a Verification of property condition - aka The Final Walk-Through is to ensure that the property is in the same condition as expected to be delivered.

Back in the last foreclosure and bank-owned era, this was made incredibly important because some of those people that were inhabiting a home that had foreclosed but now is being sold, weren't moving out!

If it hadn't been for the Final Walk-Through and the appearance of the occupants not wanting to move, a home could have closed escrow (sold) with the prior owners having not moved out.

Of course, there would be lawsuits, the real estate company's attorney's would probably become involved, etc. etc. etc...

There are many ways that scenario could have played out with fault being hard to assign for certain, so hence the legal actions.

Short Sales were also types of sales where we found that if the people occupying the property were tenants, they were reluctant to leave.

In most cases, back in the day, the short sale tenants were paying nothing or lower than typical because of the owner not paying their financial institution. (funny the way that worked out)

So hence, with such a good thing, the tenants did not want to move when the property sold in a short sale. As was the same with certain foreclosures.

The Foreclosures that had cash for keys plan play out typically were vacant at the time of sale.

Checking for damage and criminal activity

The final walkthrough also brought to light damage that may have occurred in the process of the previous occupant moving out.

Maybe there was a massive bedroom set in the master, which was up a narrow staircase at the end of the second floor.

In that case, maybe one of the banister supports could have been broken, the walls could have been scraped or dented. There are other damages that can occur when people are moving large and heavy pieces of furniture out of a home.

Then you have the On Purpose actions that some bad people take.

There were homes that were damaged by the Foreclosure Owners and Short Sale Tenants.

I have seen bags of concrete poured in drains, toilets and elsewhere. Quick Set seemed to be the preferred choice of these vandals. Probably because the bags are smaller than 100 pounds. Did say that people that damage with intent to harm are also weak?

We have also had incidents that had nothing to do with the people who lived at the home we were selling and walking through.

We had a home that was a foreclosure which we sold in the City of Reseda. During our final walkthrough, I observed a screen that goes underneath the home having been removed.  It had been dented from the center, seemingly kicked in.

I looked and observed that under the home was flooded. There was a lot of water. These criminals had taken the copper pipes to sell them. Of course, that needed to be remedied before the home was to close escrow.

I have seen all sorts of things that were taken, which were supposed to be left with the home.

The walkthrough helps the new owners identify things which may be amiss.

Repairs promised by someone who is trying to be honest 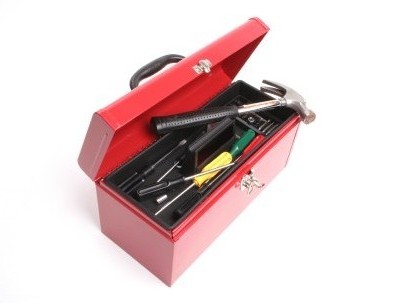 During the life of the escrow, that if between the point when you have an accepted offer when escrow opens to the final bell of having the home-recorded into your name, a lot happens.

Part of the process may be that you submitted a request for repair to the homeowner. There may have been items that were not functioning properly or which created a health and safety issue.

During our Santa Clarita home experts meeting with our sellers and home buyers, we talk about credits being better than fixing items. Due to the buyer taking full responsibility. If the seller does the repairs or hires someone to do the repairs then they own it. If credits are given in lieu of repairs, then it becomes the buyer's responsibility.

However, for the sake of this Santa Clarita home experts article, let me offer that the seller is going to do the repairs.

We are going to want receipts that verify the work was done by a reputable and licensed person who specialized in the type of work needing to be done.

Then, during the walkthrough, we are going to want to see that the work was actually completed.

We will check that the microwave is working. That the stovetop lights up, or any other "fixed" item.

Termite repairs and the work being done

This totally depends on what was negotiated in the contract. It used to be that termite was a mandatory thing to be inspected by and paid for from the seller's end of the transaction.

Now, it's all up to what was negotiated.

If termite was part of the agreed-upon terms, then it should also be something that is viewed during the final walkthrough.

Most times "termite work" is not super apparent and needs to have a professional point out or indicate where the work was done and what exactly should be looked for. Preparing for your walkthrough with your Santa Clarita home expert is very necessary!

As an aside, most times painting is not part of the termite work. They replace items with raw lumber, FYI. In order to make sure your agent should have advised you whether or not painting was going to be part of the deal.

What if there are issues and problems?

It depends on what types of issues come up as a result of the final walkthrough.

If it's something very simple and involved a scheduling problem, it will be commented on within the final walkthrough the document as not being correct as promised during the walkthrough. Also, the solution to the issue and when it will take place will be written on the form and all parties will sign it.

If it's some big-ticket items that are health and safety-focused, it will be commented on and the escrow will stop until it's fixed. In most cases - it depends on the agreement that had taken place between the buyers and the sellers.

If it's people not moving and have no good explanation for not having moving boxes and we are closing in two days, that scenario, without explanation and verification, would also cause escrow to stop.

Now, escrow stopping is not a passive action. It's active. In order to stop escrow, there is a method to doing it right that involves the notification of all parties.

It can be messy, but necessary. 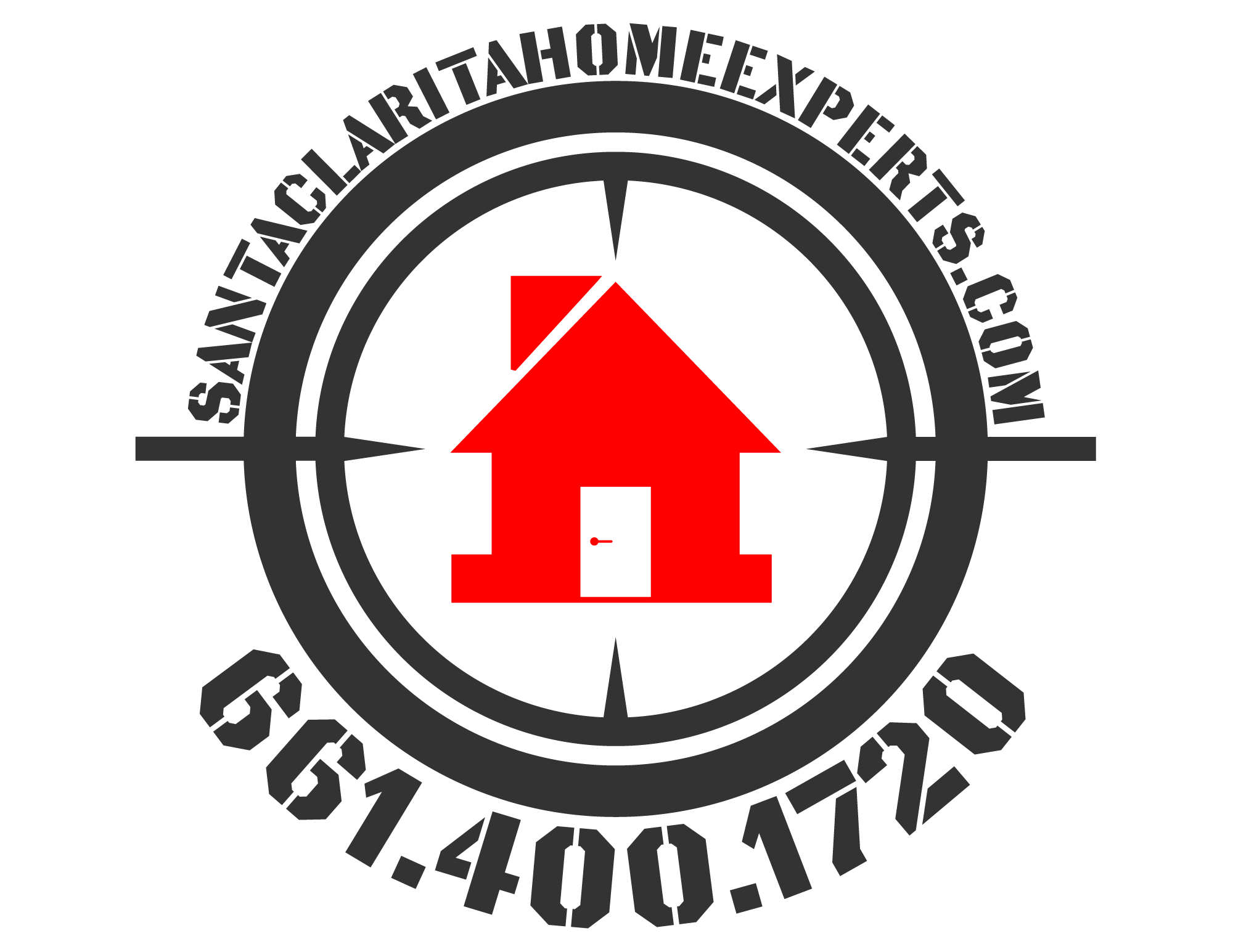 We have clients that are new to the real estate venue. They have never bought or sold any real estate. We want them to be educated as to the entire process so they don't get taken advantage of by any party.

Our discussions with home buyers and sellers involve talking about what lenders are expecting and the best ways in which you can get your very best deal on the interest rate and lender fees.

We also walk out clients throughout the home search process. Santa Clarita home experts website is quick, responsive and has all of the real estate listings that are currently on the market for sale.

All of them, versus some of the real estate syndication websites not being allowed to show some of the homes that are for sale.

Case in point, we had a couple of home sellers that did not want their family to see that they had their home up for sale.

It was a divorce case and they wanted their privacy. That home listing would have shown up on our Santa Clarita Home Experts website, but not on Zillow and Trulia because, per our seller's request, it was removed.

There are other instances, such as sellers who don't like the "estimated value" being shown next to their home that is for sale. Especially when that value is wrong due to that website's algorithm.

Therefore, they ask me and I deliver in having their listing removed from those websites they don't appreciate and which could do harm to them in the sale of their home.

I'm here for you when you are ready to have your real estate won and not just done!

Connor MacIvor, enjoy the website and when you are ready, call me.